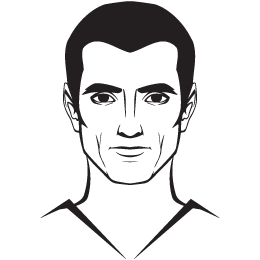 After a person has been arrested and charged with …

The legal setbacks that come from a driving under …

If you've been injured by your doctor, you may be …

Why Are There Different Standards Of Proof In American Courts?
15 September 2020

When a defendant goes into court, the standard of …

After a person has been arrested and charged with embezzlement, hiring a white-collar criminal defense lawyer is essential for preventing the worst consequences. Even though the offense is not violent, prosecuting attorneys and judges take the matter very seriously. Stealing money can cause severe harm to the finances of an individual or organization. The theft is done in secret, often by manipulating accounting records. Sometimes the activity of siphoning away money goes on for years.

For most crimes, men are significantly more likely to offend. Women commit less than 20 percent of nearly all types of offenses. One exception is white-collar theft crimes. Women are responsible for 30 to 40 percent of theft offenses categorized as embezzlement, forged checks, welfare fraud, and credit fraud. In contrast, less than 10 percent of burglary and robbery crimes are committed by females.

A Variety of Characteristics

Men and women charged with embezzlement come from many walks of life. One person might be an upper-level corporate manager. Another could be a secretary for an elementary school in charge of bookkeeping. Embezzlement may be discovered when the person is in the process of paying the money back. No matter what the scenario, having a criminal defense attorney for legal representation is crucial.

As with other criminal charges, most embezzlement cases end with a plea bargain. Depending on the amount of money stolen, the defendant might be able to avoid incarceration. A sentence of probation would be issued, and the person can stay out of prison if all requirements are completed.

Requirements could include a steep monetary penalty intended to pay back some of the money stolen. The person might have to dedicate many hours to community service. Strict probation rules might include routine drug testing and restrictions on travel.

If the prosecuting attorney will not agree to a sentence with no incarceration, the person at least can feel reassured that white-collar offenders generally are sent to minimum- or medium-security correctional centers. Life is less harsh there than in maximum-security facilities that house a high percentage of violent offenders.

The lawyer still strongly advocates for leniency and relatively short incarceration. For example, the person pleading guilty might be issued a sentence of two years instead of five, with a chance to be released early because of good behavior. Typically, longer sentences are issued for larger amounts of stolen money.

For more information about handling your case, contact a white-collar criminal defense lawyer.